Curt will be at the 11th Quest for the West Show and Sale presented by the Eiteljorg Museum in Indianapolis. The show opens to the public on September 11th but the artists will attend the art reception on September 9th. Registered attendees and collectors will have the opportunity to take part in the “luck of the draw” sale on Saturday night with the banquet and awards ceremony to follow.

This year there will be three Curt Walters paintings in the show. The first, On the Trail to Coronado’s Saddle, a 14” x 14” oil on canvas board, is the focal point of Curt’s most recent video on the topic of Grand Canyon which can be seen below. This smaller site study will be one of a series from this view of the canyon, which Curt will use in creating a much larger scale studio painting.

The second painting heading to the show is “August’s Alchemy.” This 16” x 16” oil on canvas captures the beauty of the fog lifting from along the North Rim, which is caused by cool monsoon rain hitting the summer heated rocks of the canyon.

The last, and largest of the three paintings Curt is taking to Indianapolis this year is “Road to Tohatchi.” This larger oil on canvas is 30” x 50” and features the Navajo Indian Reservation in August as the monsoon rolls over the desert. The small village of Tohatchi lies on the edge of the Reservation and was originally the meeting place of both the young and the old in the ancient culture.

For more information about the show, or the Eiteljorg Museum, please visit their website. 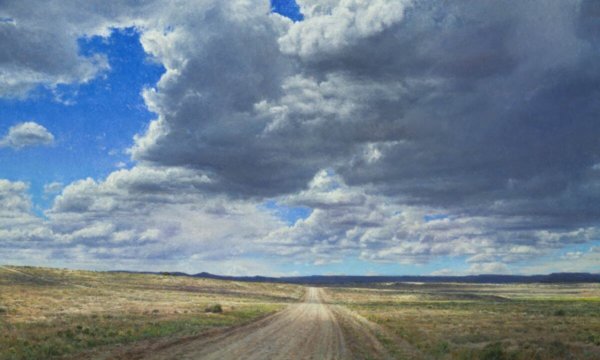 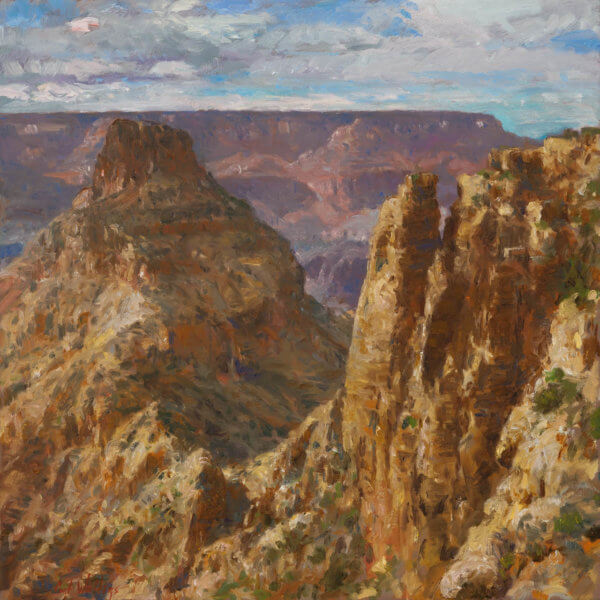 On the Trail to Coronado’s Saddle 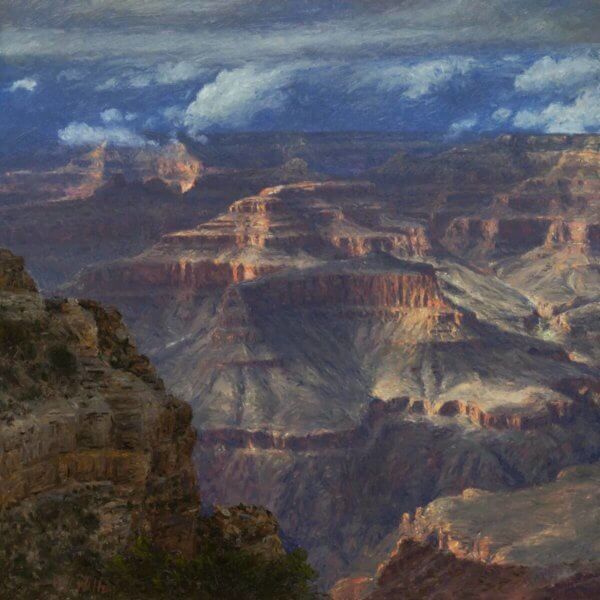