Amphitheater of the Gods 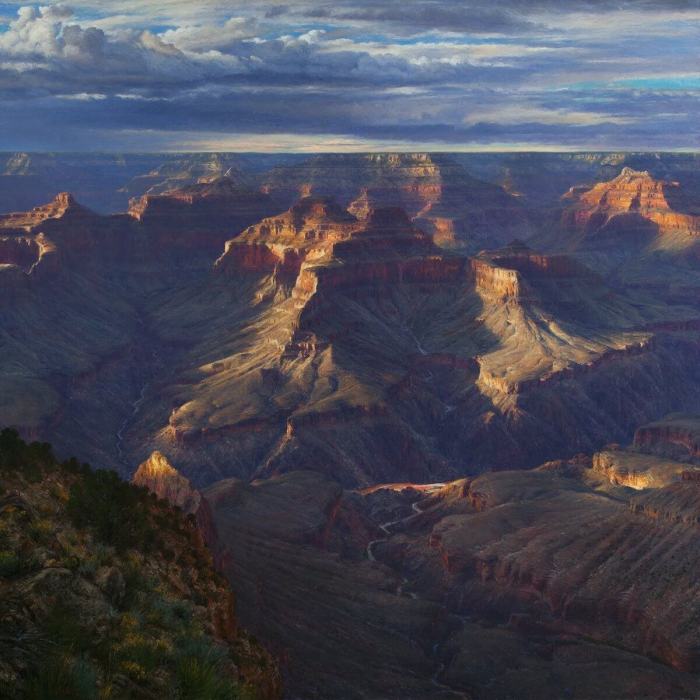 This painting depicts the Grand Canyon, after a monsoon shower. The sage covered talus slopes and the redwall have all darkened. The clouds left and the sun has suddenly struck the amphitheater of the Tower of Set and the  nearby temples named for Egyptian or Hindu Gods. The normally dry side canyons are all flooded with water, and the rushing Colorado River is living up to its named meaning, as it red.

This will be a featured work in the 2015 Prix de West Show and Sale.