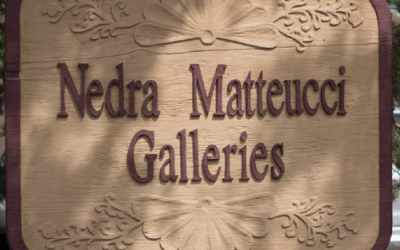 December 1 through February 2012, Nedra Matteucci Galleries will present an incredible show featuring the works of Curt Walters and good friends John Moyers and Terri Kelly Moyers. This show will be held at the Forbes Gallery in New York city. This collection of work... 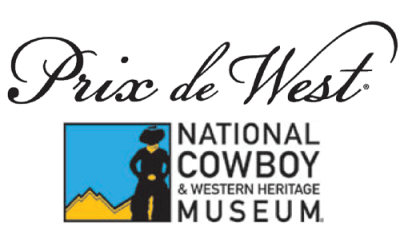 The painting was part of the Prix de West Art Exposition and Sale at the National Cowboy & Western Heritage Museum in Oklahoma City, Ok on June 11th. 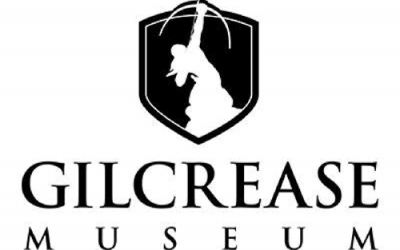 The painting "Winter's Levity," by Master Artist Curt Walters, has found a permanent home at the Gilcrease Museum in Tulsa, Oklahoma. Walters and sculptor Veryl Goodnight are the featured artists for this year's Rendezvous Artists' Retrospective Exhibition and Art... 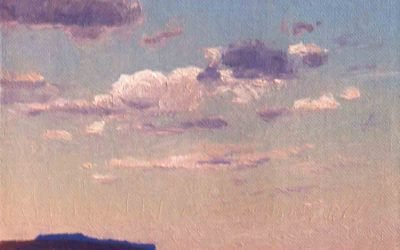 Curt Walters, internationally known plein aire artist has a very busy week planed April 11-16th. Walters, along with sculptor, Veryl Goodnight, are the featured artists for the 2011 Rendezvous Artists' Retrospective Exhibition and Art Sale at the Gilcrease Museum in... 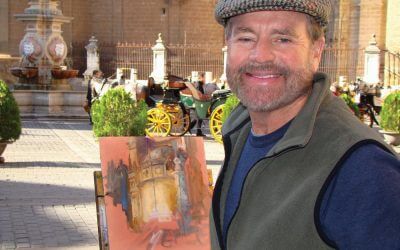 It was during Curt’s 2010 trip to Spain and France where he produced a number of the plein aire works being shown in the Gilcrease Museum’s 2011 Rendesvous Exhibition Show and Art Sale in Oklahoma starting April 15th. 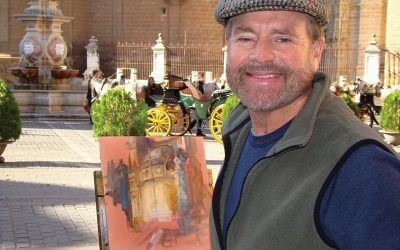 On Location in Spain and France

Filmed while on Location in Spain and France 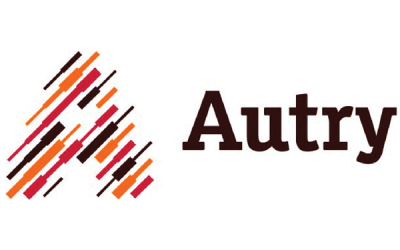 Master Artist Curt Walters will join 74 of his peers at the Masters of the American West Fine Art Exhibition and Sale at the Autry National Center in Los Angeles on Saturday, February 6, 2010. The Sedona, Arizona-based painter will lead off the schedule of events with a special First Presentation, “Place and Moment,” detailing the history behind some of his greatest works, including his acclaimed Grand Canyon pieces.

Walters, known as the “Greatest Living Grand Canyon Artist,” will display five paintings, the centerpiece being “Return to Spider Rock,” a 60″ x 50″ oil on canvas depicting the 800-foot monolith found at Canyon de Chelly in northwest Arizona Navajo Reservation. He captures his favorite subject with his other four entries, including the 28″ x 28″ “New Day Encounter” and a 6″ x 8″ piece for the Masters Miniatures wall. 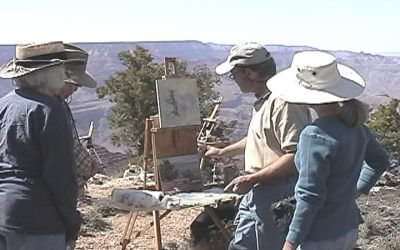 Join Scottsdale Art School and Paint with Curt at the Canyon

“The Greatest Living Grand Canyon Artist,” Curt Walters, will host a special four-day gathering of friends and fellow artists “on the rim” September 21-24. This rare opportunity to meet and paint with one of America’s most critically-acclaimed artists is opened to the public as a special workshop with the Scottsdale Art School. 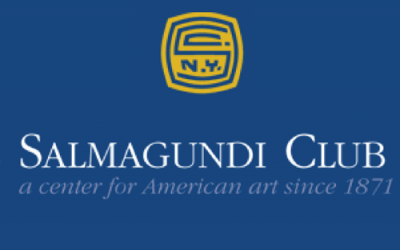 Master landscape artist Curt Walters of Sedona, Arizona, will be a part of the third annual American Masters Fine Art Show & Sale held at the exclusive Salmagundi Club in New York City May 5 – 16, 2010.

Walters will be in attendance, displaying two new pieces in the show, which benefits The Salmagundi Club.

Long regarded as the “Master of the Grand Canyon,” Walters’ first piece, “Overture to Twilight,” is a 28″ x 22″ view of the National Park from the trail to Maricopa Point, as a late light dapples the landscape through the clouds. The second is “Above Borum Lake” (10″ x 12″), painted on location in the Wind River Mountains of Wyoming.

A Talk with the Sedona Women

Master Artist and longtime Sedona resident Curt Walters will be sharing a special symposium with community group The Sedona Women, known as “Dames Who Make a Difference.” Presented at the Sedona Creative Life Center on Wednesday, March 10th, “Curt Walters: The Man and His Art” will start at 10:00am and end at about noon.

Walters will discuss his struggles and triumphs through his career as a painter in his speech “Place and Moment” and reveal a few of his newest pieces to the group.

‘Master Painter’ Curt Walters, of Sedona, Arizona, will have a one man show at the Eiteljorg Museum of American Indians and Western Art, in Indianapolis, Indiana, set to begin August 19, 2009.  “Monuments & Moments:  The Plein Air and Studio Paintings of Curt Walters” will be curated by James Nottage, Chief Curator of the Eiteljorg Museum.

“Monuments & Moments” will feature many of the artist’s signature Grand Canyon and Southwestern-themed paintings, as well as works from his travels to Canada, Jordan, Bali, and a number of European cities.

Master Painter Curt Walters Returns to the Prix de West Invitational Art Exhibition Regarded as Western Art’s biggest show, this event takes place at the National Cowboy and Western Heritage Museum in Oklahoma City, Oklahoma. This will be Walters’ 12th year with the...

A Picture is Worth a Thousand Words

Master artist Curt Walters of Sedona, Arizona, finds himself as in-demand for his insightful lectures as for his world famous paintings of the Grand Canyon, nowadays.

He was recently tapped to deliver a special seminar to the Board of Trustees during the 2009 Masters of the American West expo, at the Autry National Center in Los Angeles.  The presentation was accompanied by a slide show featuring over 350 images, most of which are paintings.

This major art show will provide an opportunity for visitors to see the works of some of the best master artists in the nation as they seek to capture the beauty of the timeless Grand Canyon landscape on canvas.

Curt Walters, the most distinguished landscape artist of our time, is gearing up for the first major Western Art show of the year, the 12th annual Masters of the American West Fine Art Exhibition and Sale.  Walters will be on hand at the Autry National Center in Los Angeles for the opening weekend events, beginning on Saturday, February 7, 2009, at 10:00am.

Sedona, Arizona artist Curt Walters has won The Artist of Distinction Award at the 3rd annual Quest for the West Art Show and Sale, held at the Eiteljorg Museum in Indianapolis, Indiana.

The Artist of Distinction Award, sponsored by the Western Art Society, is presented to the artist with the best body of work. During the Quest for the West’s inaugural show, Walters was awarded Best Overall Presentation, and the second year found him with a Victor Higgins Work of Distinction and the Patron’s Choice Award.

« Older Entries
Next Entries »
error: Content is protected !!
©2020 | Designed and Developed by The Myss Miranda Agency