Curt Nominated for the 2016 Governor’s Award 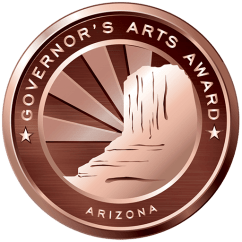 Curt Walters, named “Master of the Grand Canyon” by Art of the West Magazine, has been nominated for The Governor’s Award in his home state of Arizona.

For more than three decades, the Governor’s Award has recognized the best of the best in Arizona’s contributions made to the art and cultural communities, making Curt’s nomination a highlight of his career.
Curt has spent the last 40+ years of his life and career making Grand Canyon the main focus of subject matter in his artwork and his philanthropic efforts. Art collectors, domestic and international both, flock to collect the work Curt has been producing since he first visited the Canyon when he was 19 years old.
Curt has lived in Sedona, located only a few hours from Grand Canyon, since 1979. Being so close to the Canyon allows him “the freedom to capture the fresh snow, or the rushing monsoons of August every chance” as the opportunity arises. Since the beauty of Arizona spans from the San Francisco Peaks in Flagstaff to the saguaro cactus of Tucson, and back to the hollyhocks located in Curt’s own backyard, Arizona has continually given a new place for beauty to be captured on canvas.
Since 1981, over 175 artists have been granted this distinguished Arizona honor. This award recognizes artists, art organization, businesses, educators and individuals who have shown to have enormous passion and dedication to creativity and the diversity of the Arizona arts and cultural community.
The awards show will be on March 23, 2016 at the Sheraton Grand in Phoenix located at 340 N. 3rd Street. Attendees from all over the state will be in attendance including Walters. There will be a Pre-Awards Cocktail Reception at 5:00, followed by the Dinner and Awards Presentation at 6:30.
To learn more about the Governor’s Award and to see the full list of nominees, please visit the Arizona Citizens for The Arts website.