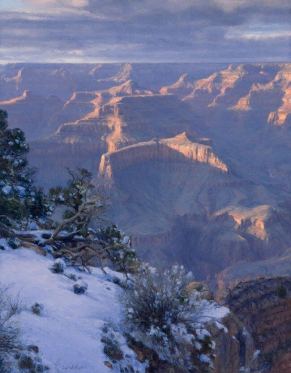 Celebrated landscape painter Curt Walters of Sedona, Arizona, will be one of 48 artists to participate in the first annual American Masters fine art show and sale held at The Salmagundi Club in New York City May 1 – 7, 2008.

Walters will display three pieces in the show, which benefits The Salmagundi Club.  Known worldwide for his impeccable interpretation of the Grand Canyon, it comes as no surprise that Walters’ first entry is “Tower of Set,” one of the National Park’s many famous landmarks.  The second is “Rocky Shore Sea of Cortez,” from one of his frequent trips to Mexico.  The last piece features his home state, New Mexico, and is titled “Winter Sun at Taos Pueblo.”

Founded in 1871, The Salmagundi Club is one of America’s oldest art organizations.  Their Fifth Avenue brownstone was purchased in 1917, where The Club is still located today.  The members participate in a number of activities, including exhibitions by members and non-members alike, lectures and debates, and special fund raising events.
Curt Walters has been known as the “Greatest Living Grand Canyon Artist” since 1997.  He has also won a staggering array of awards from some of Western Art’s most prestigious shows, including The Masters of the American West show in Los Angeles, the Eiteljorg show in Indianapolis, and Prix de West in Oklahoma City, where Walters was presented with the Purchase Award and the Buyers’ Choice Award in 2007. 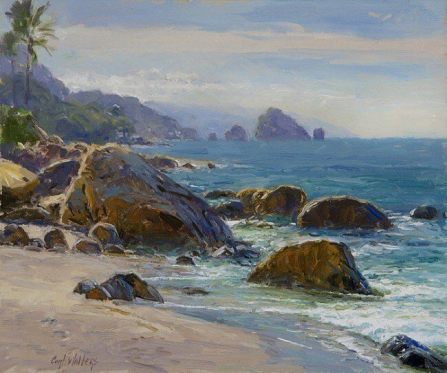 Collectors include Christopher “Kip” Forbes and the Forbes Magazine Galleries, Kathie Lee Gifford, Kareem Abdul Jabar and Mikail Baryshnikov.  Walters’ work can be found at the Trailside Galleries of Scottsdale, Arizona, and Jackson, Wyoming, and at the Claggett/Rey Gallery of Vail, Colorado.