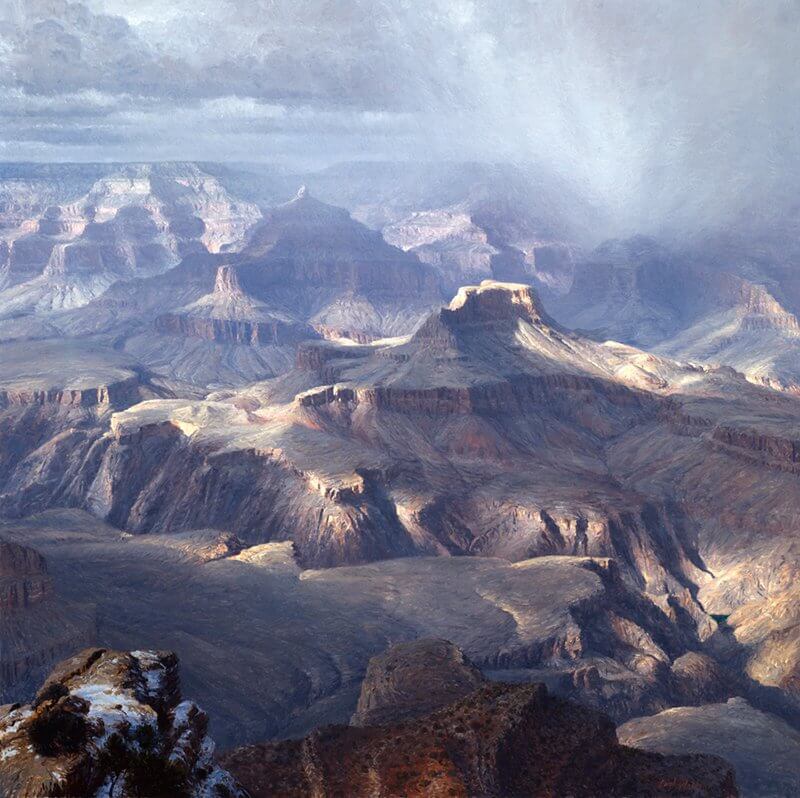 This view is from the Rim Trail, near Yavapai Point, on the south rim. This was the area that early tourists to the Canyon would have first encountered and explored. The tourists were enticed to the Canyon with images created by early artists, and by the travel literature marketed by the Santa Fe Railroad and Fred Harvey. When I am painting on location in this area, I often recall the early 20th century paintings of men like Walter Ufer and William Robinson Leigh, who were among the first to interpret Grand Canyon for a wide audience.