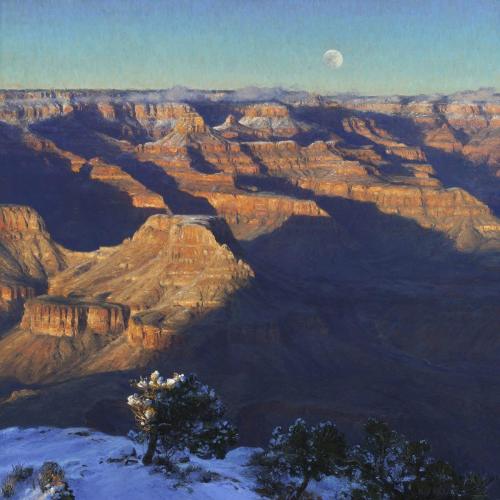 This painting was a featured work at the 2015 Quest for the West Show and Sale at the Eiteljorg Museum.

This features Grand Canyon during the last hour of light the first week of January. The nearly full moon rising in the distance, preparing to fill the canyon with the first bright glow of the new year. This was a very cold day with a brilliantly clear sky, but the fog is just starting to creep over the peaks of the North Rim.