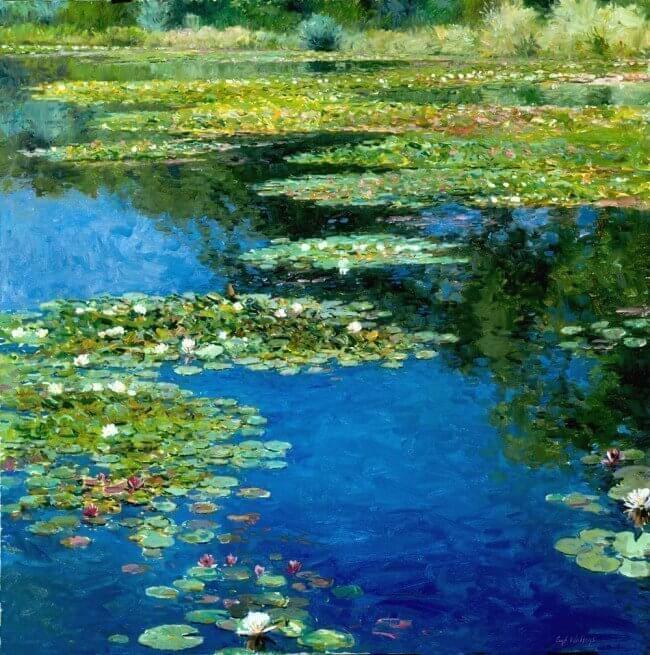 “Moments & Monuments:  The Plein Air and Studio Paintings of Curt Walters” is a rare retrospective of a living Master Artist’s work, presented by The Eiteljorg Museum of American Indians and Western Art, located in Indianapolis, Indiana.  This special show is guest-curated by James Nottage, and began August 19th.  The official opening will coincide with the Friday, September 11 opening of the 4th annual Quest for the West exhibition.

This 90 day, one man show stems from Walters’ Artist of Distinction Award from the 2008 Quest show.  “Moments & Monuments” will feature more than 50 pieces from the past two decades of his 35 year career.  It will feature many of the artist’s signature Grand Canyon and Southwestern-themed paintings, as well as works from his travels to Canada, Jordan, Bali, and a number of European countries.
Many art patrons from the Indianapolis area and across America will loan Eiteljorg pieces from their private collections.  A number of museums will also contribute Walters’ works, including National Cowboy & Western Heritage Museum, which will loan “Spring’s Caprice,” winner of the 2007 Prix de West Purchase Award. 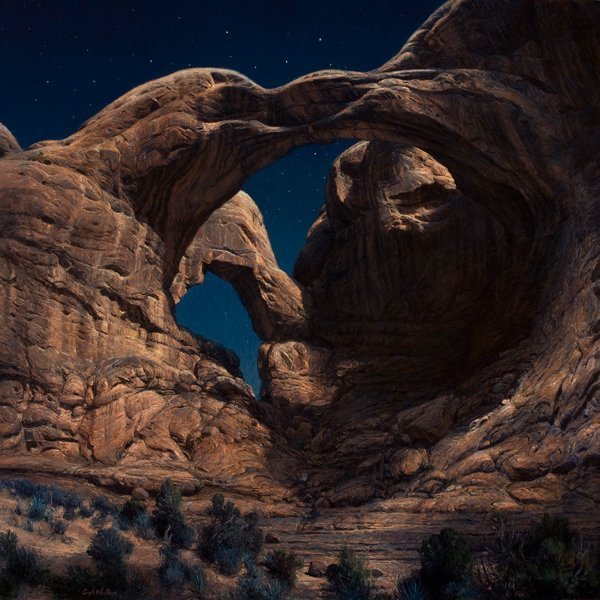 ident of Sedona, Arizona, is the most distinguished landscape painter of our time, and has long been proclaimed a “True Master,” “Master of the Grand Canyon” and the “Greatest Living Grand Canyon Artist.”  Western Art Collector says, “More than anything, he can and should be thought of as an American Artist.”  He has been the recipient of more than a dozen major awards since 1998, including the 2008 Trustees’ Purchase Award, an unprecedented double-win of the Frederic Remington Painting Award, and a half-dozen Buyers/Patrons’ Choice Awards.

He has been featured in dozens of art magazines and books, including new articles and photos in Western Art Collector and Arizona Highways. Walters’ work is found in museums, and in public and private collections throughout the world, including the Forbes Magazine Gallery, Kareem Abdul-Jabbar, the estate of Robert Urich, astronaut Frank Borman, Mikhail Baryshnikov, and the Leanin’ Tree Museum.  His work is available at the Trailside Galleries in Scottsdale, Arizona, and Jackson, Wyoming, and at the Claggett/Rey Gallery in Vail, Colorado.

To view the Awards and Honors Curt has received over the years, please view them here.

error: Content is protected !!
©2021 | Designed and Developed by The Myss Miranda Agency