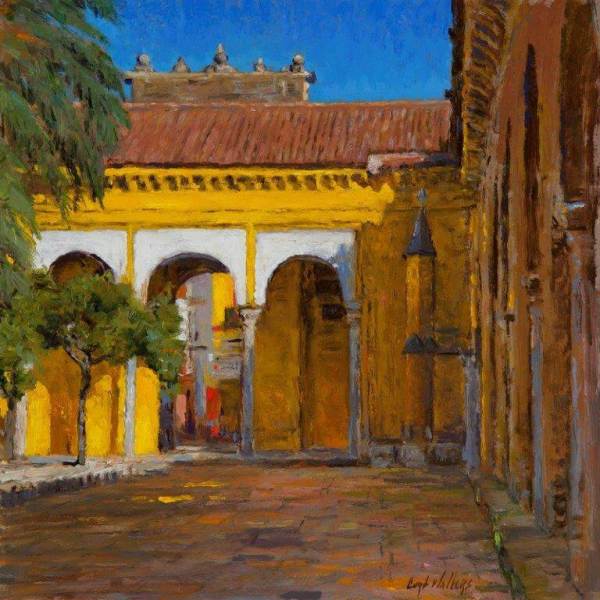 Cordoba is south of Madrid in the Spanish region of Andulusia. The Great Mosque of Córdoba known locally as Mezquita-Cathedral, unbelievably is one of the oldest structures still standing from the time of Muslim rule in Spain in the late 8th century, a great monument of Moorish Architecture. Córdoba returned to Christian rule in 1236 and the building was converted to a Roman Catholic church, the and nave took on Renaissance influences in 16th century. I very much enjoyed painting in the colorful courtyard. I found the yellow Moorish arches and red tile roof against the blue of the sky to be fantastic.