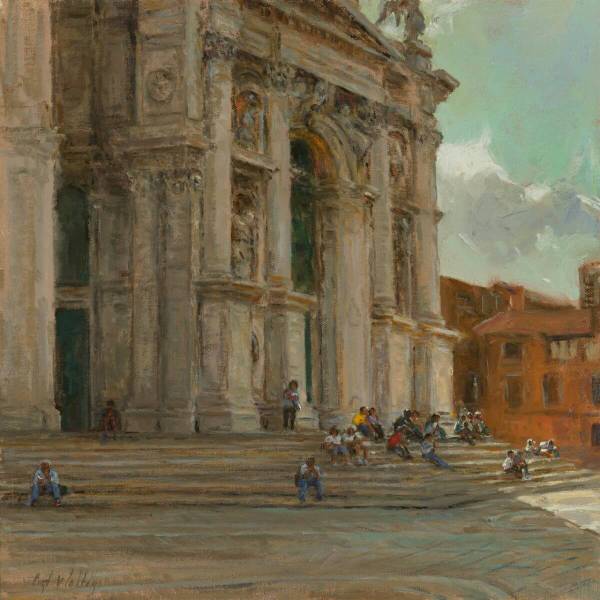 Nearly a third of Venice’s citizens had been killed by plague in 1630, and the Venetian Senate made an offer to God: “Stop the plague, and we’ll build a church to honor the Virgin Mary.” The Church of Santa Maria della Salute is among the most prominent of the myriad architectural marvels that greet you in Venice. The Salute is now emblematic of the city, inspiring artists centuries. Painting this architecture and in the footsteps of the greatest painters in history will test any artist. I enjoyed the challenge. I chose to paint the facade in shadow.  The pillars of the facade arch in at the top, and there are many dozens of sculptures and decorations to draw. In this plein air painting I included tourist and my partner Tom sitting on the steps leading up to the great doors.