Summer on the Escalantes 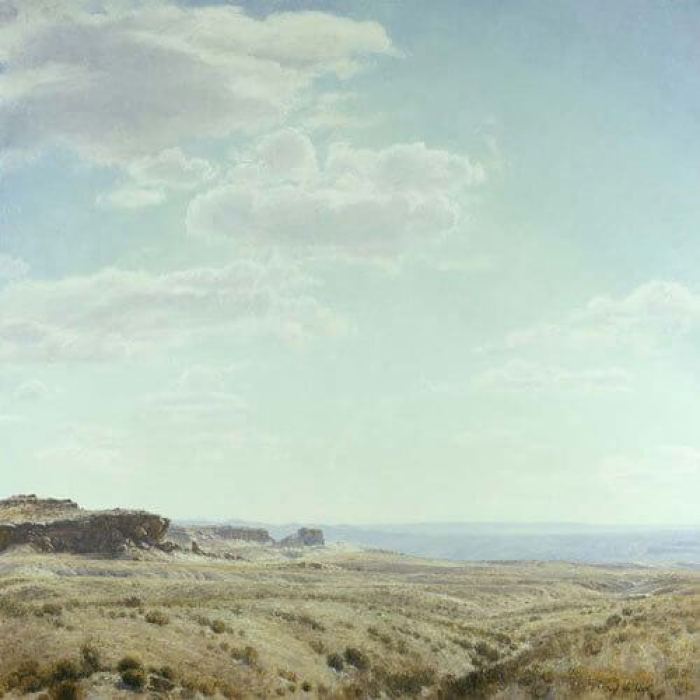 I have visited and painted the incredible Escalante landscape in southern Utah since the early 1970’s. At the 75th Anniversary of Grand Canyon National Park, in 1994, I heard President Bill Clinton designate 1.9 million acres of this amazing landscape as a National Monument. In 1996, Grand Staircase-Escalante National Monument became official. The vista seen in this painting is near Coyote Valley on the southern side of the Monument. Monsoon season is still days away and a few clouds pass without promise. The white clay soil is dusty, and the desert plants are fading as they wait for rain. Yet, out of the dry vastness emerges one of the most beautiful landscapes in the world. I tried to visually describe the overwhelming heat of this late June day.