Aug 26, 2012 | Coastal and Lakeside, Other Locations, Quest for the West, Sold & Exhibited Work 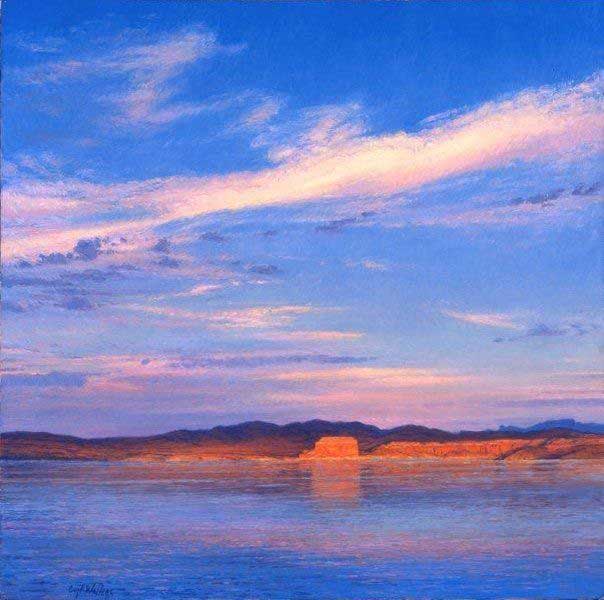 This painting was featured at the 2012 Quest for the West Show and Sale at the Eiteljorg Museum in Indiana in September.

The lake was named in honor of Dr. Elwood Mead, who drafted the specifications for the Hoover Dam, on the Colorado River near Las Vegas. The vista of evening sky, water, and desert landscape was painted at Temple Bar Marina, from aboard the houseboat of my good friend Jack Davis. The massive rock formation seen in the central shoreline area of the painting is called ‘Mormon Temple.’ This name originated with the Mormon settlements that sprang up along the river corridor after the turn of the nineteenth century.